Medieval rituals, ancient plates, and trials presided by the Queen’s Remembrancer… you’d be forgiven for thinking that the Trial of Pyx might be the latest book title from J.K Rowling.

Today, the annual Trial of Pyx remains one of the most fascinating traditions alive in the United Kingdom. Its continuation has not only preserved an important part of history, but also adds to the quality assurance of the products produced by arguably the finest mint in the world.

Dating back to at least 1282, the Trial of Pyx is a procedure to ensure that newly minted coins conformed to the strict standards demanded by law. The Trial of the Pyx is thought to be the oldest independent control process in the world.

A trial plate dated 1707. 1477 is the oldest plate in the Royal Mint Museum’s collection. A Trial plate is a piece of metal used as a standard in the assaying of coins to determine a coin’s accuracy and fineness.The plates are made from various metals including silver and gold.

Reminiscent of a scene from Pirates of the Caribbean, sealed bags containing each are then placed into a boxwood chest referred to as a ‘Pyx’ for presentation to the jury. The ceremony takes its name from the pyx or box that holds the sample coins set aside for testing.

The Trial consists of an examination by a jury entirely independent of The Royal Mint to check the coins are of the proper weight, diameter and composition. The Queen’s Remembrancer, a senior judge, presides over the ceremony. Let the Trial Commence.

Once the Trial commences the jury has around two months to test that the coins are all within the strict tolerance that such prestigious mints must adhere to. The Trial is concluded once the final verdict from the jury is delivered to The Queen’s Remembrancer in the presence of the Master of the Mint or his deputy.

As production has greatly increased since medieval times, today’s jury must sometimes review more than 50,000 coins within a few months. Unfortunately, without the help of magic wands and gold goblins, the manual inspection process is incredibly time consuming, luckily modern technology is on hand to help and has sped up the entire process significantly.

So what happens when coins fail the test?

Mint rarely receives a negative verdict. Mathematically speaking, the original methods of production used to cause some very small variations in the weight of the planchets cut out for stamping, legal allowances were made for these inevitable aberrations, termed the ‘Master’s Remedy’. 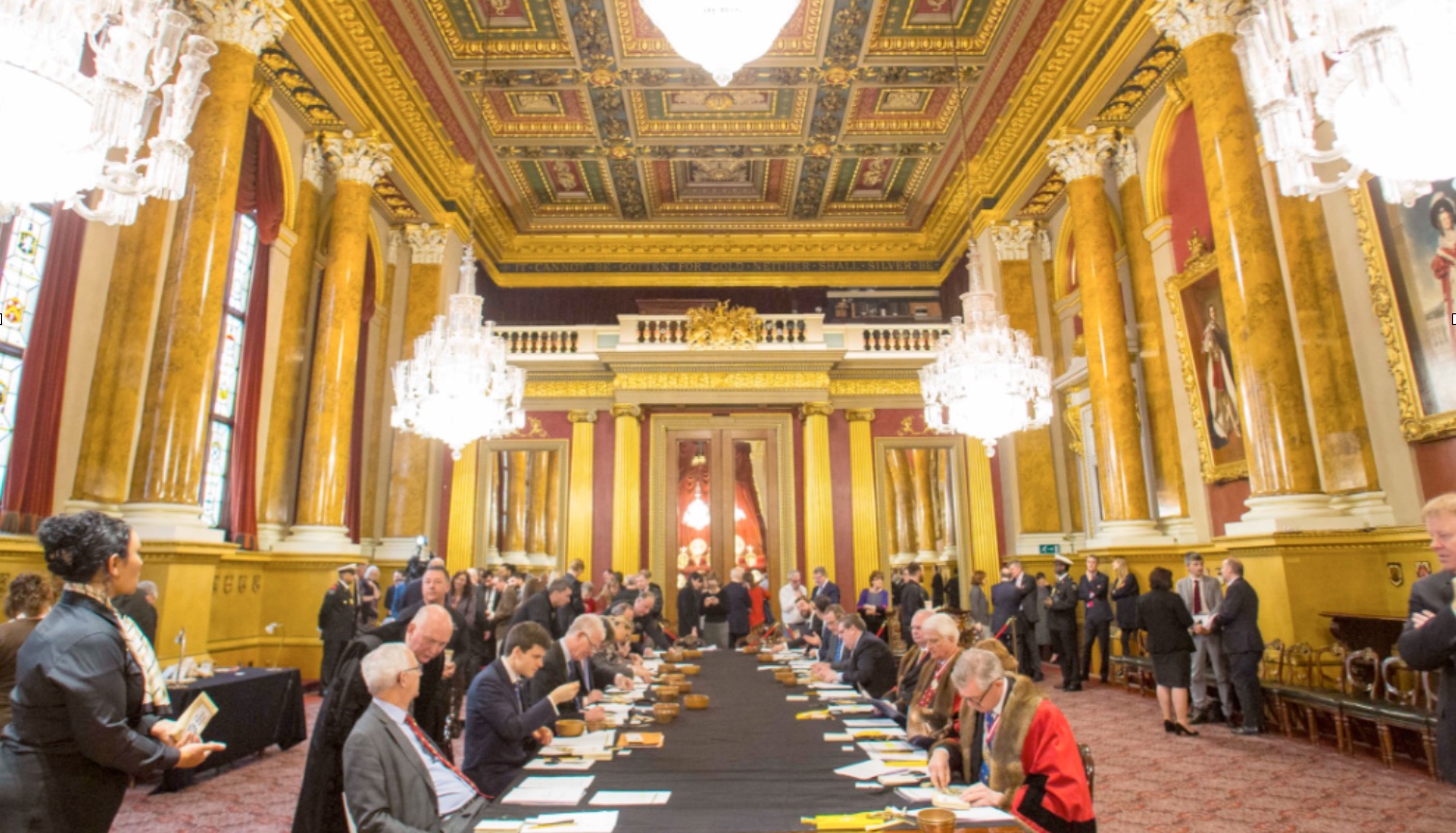 Above: Trial in motion. Credit: Bloomberg

“It may be said to be impossible for any Mint coin of gold or silver to escape the Mint walls. The Trial of Pyx is supposed to demonstrate this fact, and to give it the stamp of extra moral, and independent official certainty.”
– Groombridge and Sons (The Intellectual Observer), 1867

Future of The Trial of The Pyx

The Trial lives on and remains an important  event in the Royal Mint’s calendar. Having moved from the Palace of Westminster, today’s Trial is conducted each year by the Goldsmiths’ Company of the City of London. While modern production methods are now so advanced that production problems are almost non-existent, the Trial still remains an important tradition and an additional layer of quality control.